The piano is the best known musical instrument. Unlike other tools that manage to play after a long period of time because the process is more complex, at the piano you can learn in a relatively short period interpretation of simple parts, given the mechanism easier sound training.

Those of you who need to know just a few basics about this instrument, we inform you that these can be easily taught, and for those who have skills for piano, like patience, consistency and pleasure for an advanced piano study, well just know that Boem Club can help you interpret more complex pieces from written piano music.

Whatever your case, piano singing is a fun and pleasant way to spend your free time when you choose music as your hobby. 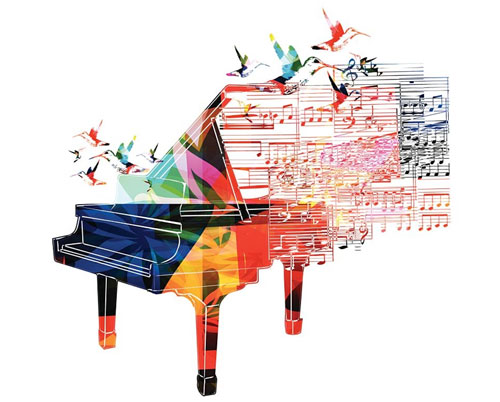 The word “piano” is a shortened form of the Italian term “pianoforte”.

Piano is classified as a string instrument, a descendent of monochord (from the 12th century), an instrument that later was turned into a clavichord by adding flaps. Later on, there was the harpsichord that had a more advanced keyboard than its antedecent and that was used for a good period of time, but it was overthrown by the today so-called instrument “piano”; due to its extensive possibilities to respond to more tasks and great demands of interpreters, this instrument was more used to the detriment of the other; after that, the harpsichord had begun to fall into disuse and the composers started to compose piano scores. 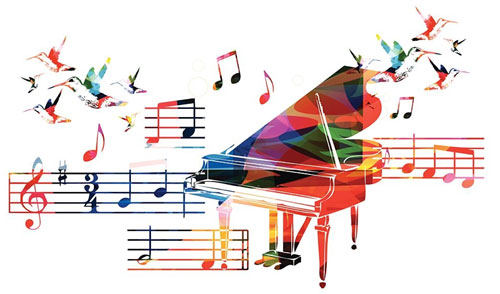 Children who take music lessons have better hearing as adults even if they stopped playing their instrument after just a few years of practice, a new study suggests.

People who learned to play an instrument while young are more responsive to complex sounds, making them better equipped to listen to a conversation in a noisy cafe or train carriage, researchers said.

Even those who had only played music for one to five years as a child showed a noticeable improvement over those who had never done so, in their brain’s ability to process sounds.

Although previous studies have shown that playing music has a healthy impact on our brain, the new paper is the first to demonstrate that the effects last for many years after people have given up the hobby.

Professor Nina Kraus of Northwestern University in Illinois, who led the study, said: “All these [previous] studies have been done in people who at the time of testing were still playing an instrument.

“This is really the first time that it has been demonstrated that in the more typical scenario – where someone has played a musical instrument for a number of years in childhood but then stopped – that prior training has a long-lasting effect on how their nervous system responds to sound.”

The researchers used electrodes to measure brain activity in 45 volunteers aged up to 31 as they listened to eight “complex” sounds, each comprising an array of different frequencies and timings to replicate the characteristics of speech or a piece of music.

Althouth they did not directly test participants’ hearing, monitoring the brain signal enabled the scientists to see how effectively the nervous system processed various elements of sound. They were particularly effective at being able to pull out the “fundamental frequency”, the lowest frequency in sound which is key when listening to speech and music in noisy environments.

Prof Kraus said: “Based on what we already know about the ways that music helps shape the brain, the study suggests that short-term music lessons may enhance lifelong listening and learning.

“We infer that a few years of music lessons also confer advantages in how one perceives and attends to sounds in everyday communication situations, such as noisy restaurants.”

There was no significant difference between those who had given up music after one to five years and those who had continued playing for up to eleven years, although the benefits from musical training were shown to dwindle slightly over time.

website made by
www.vreausite.ro
We use cookies to ensure that we give you the best experience on our website. If you continue to use this site we will assume that you are happy with it.Ok